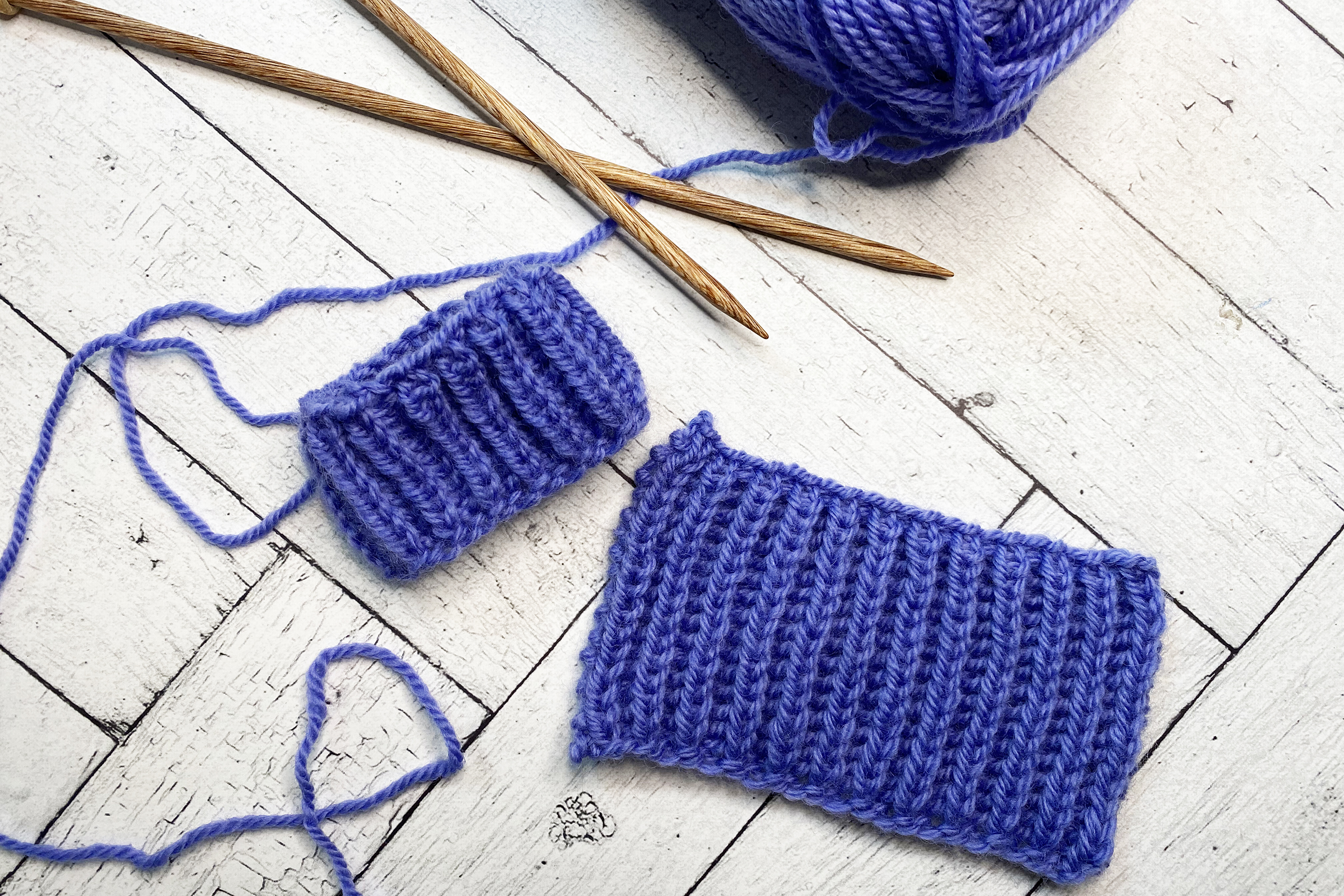 Fisherman’s Rib is a squishy, reversible ribbing stitch pattern that can be used on all sorts of knitting projects from hats to sweaters. It’s super easy to work both flat and in the round, making it a versatile stitch to try in your next project. There are a few variations of the Fisherman’s Rib stitch pattern, depending on whether you’re working in an odd number or even number of stitches and you’ll also find some variations on how the stitches are worked. Here is my favorite way to work Fisherman’s Rib both in rows and in the round. 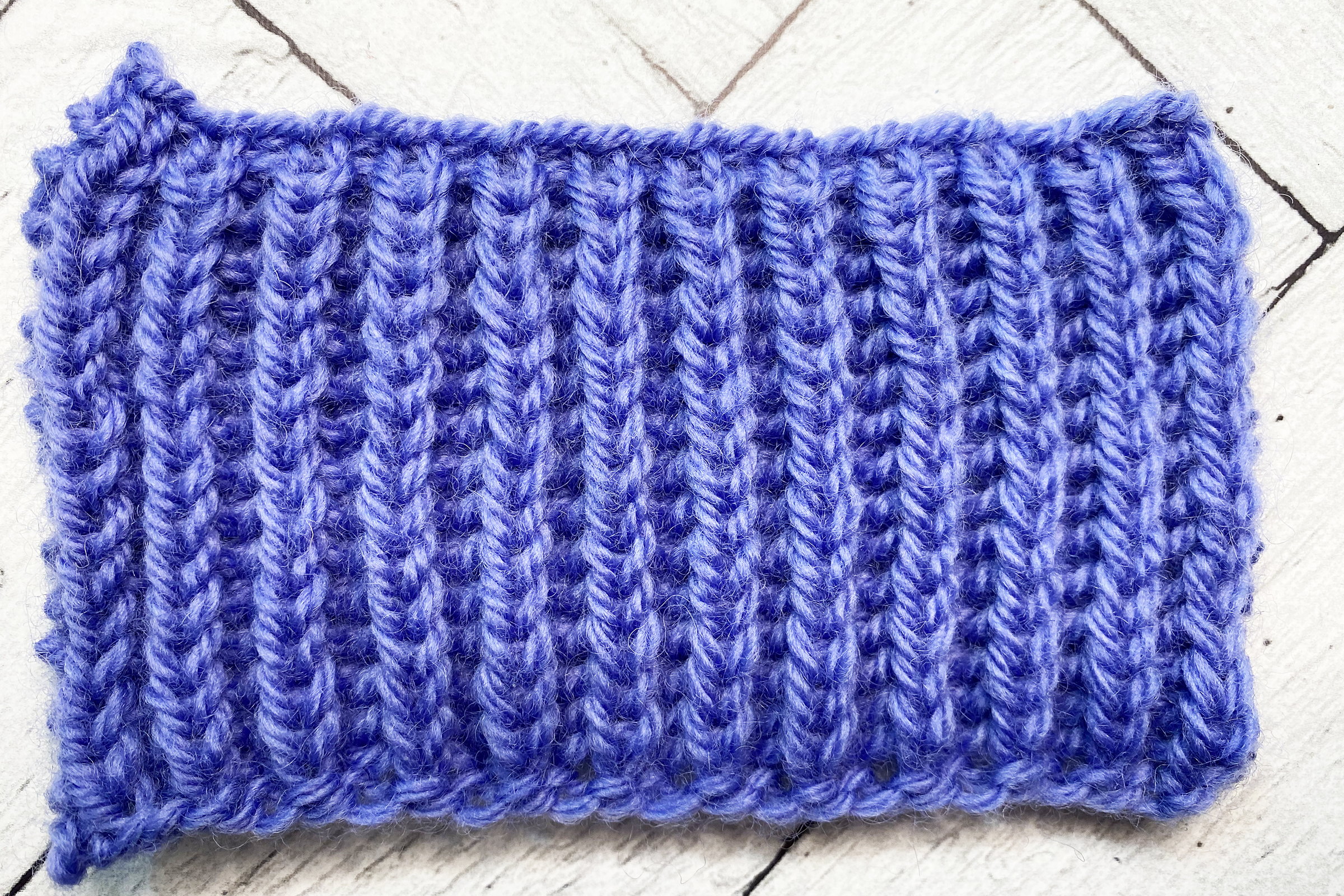 Cast on an odd number of stitches. I used the German Twisted Cast On, as it’s super stretchy and perfect for ribbing.

When knitting one below (k1-b), the knitting needle will be inserted into the center of the stitch of the row below. You can see a video tutorial for this stitch here. 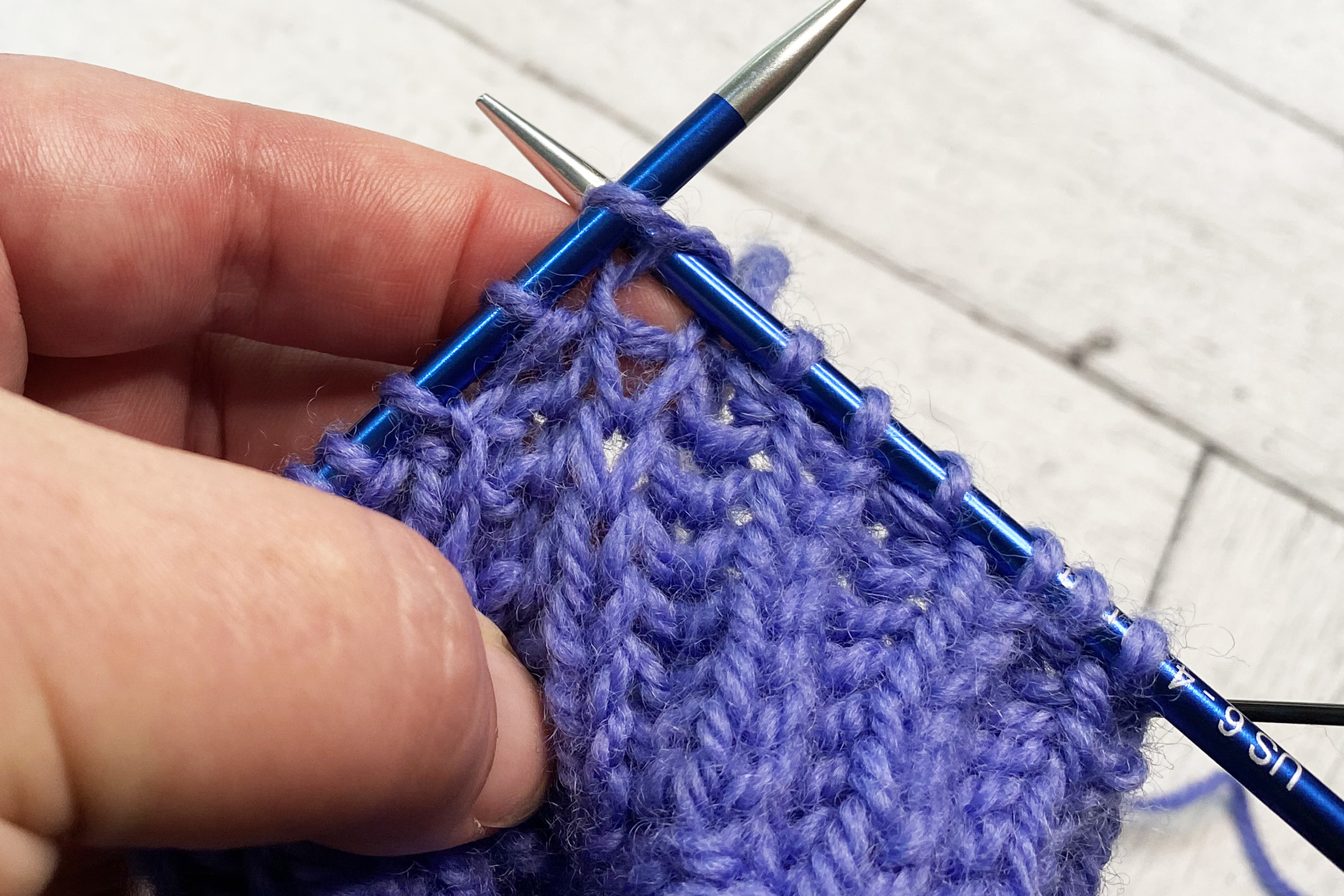 To bind off the stitches, I bound off in pattern loosely on the Right Side in purl one, knit one (p1, k1) ribbing.

FISHERMAN’S RIB IN THE ROUND 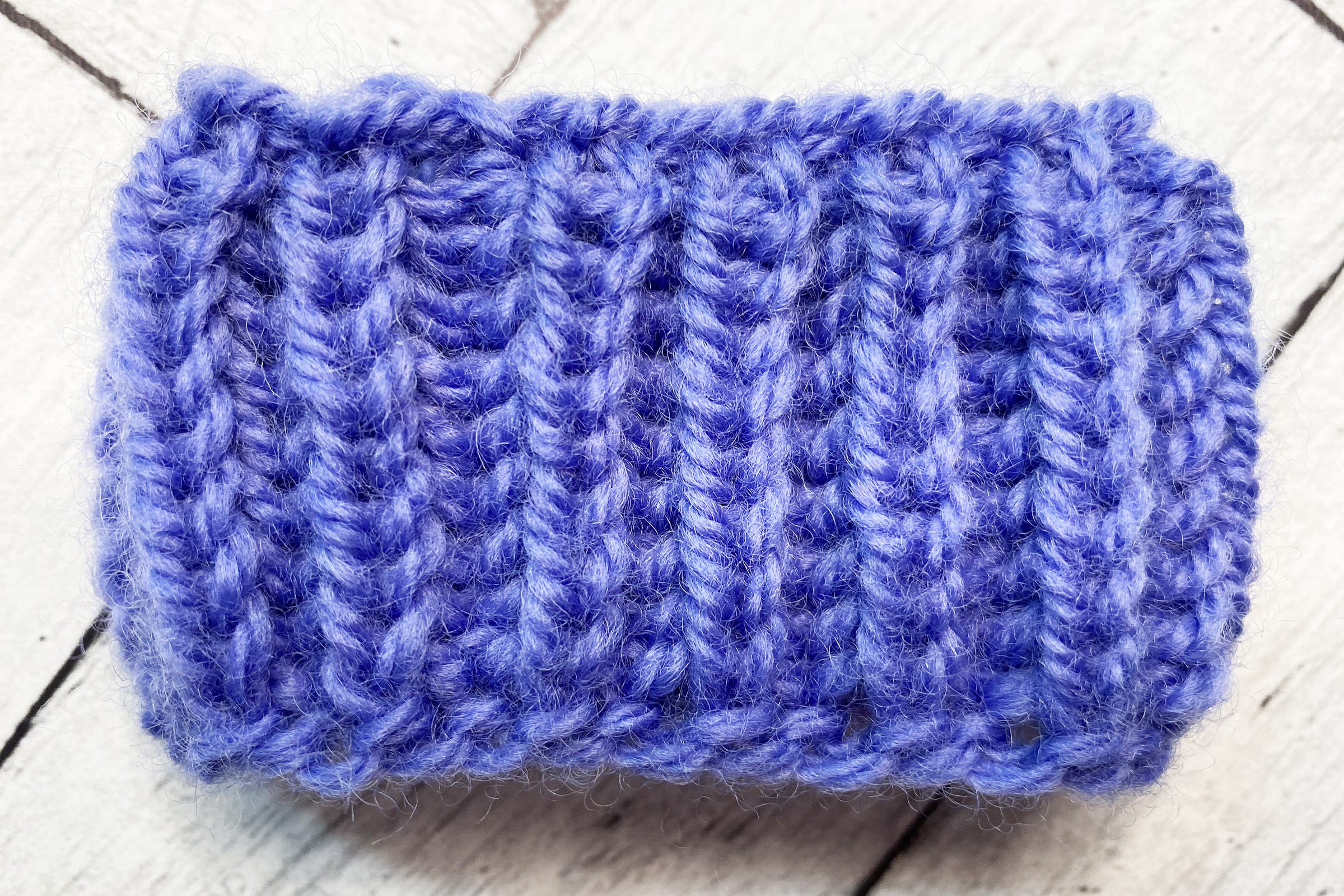 Cast on an even number of stitches. Once again, I used the German Twisted Cast On. Place a stitch marker to note the beginning of the round and join to work in the round, being careful not to twist.

When purling one below (p1-b) the knitting needle will be inserted under the purl bump below the stitch on the needle. 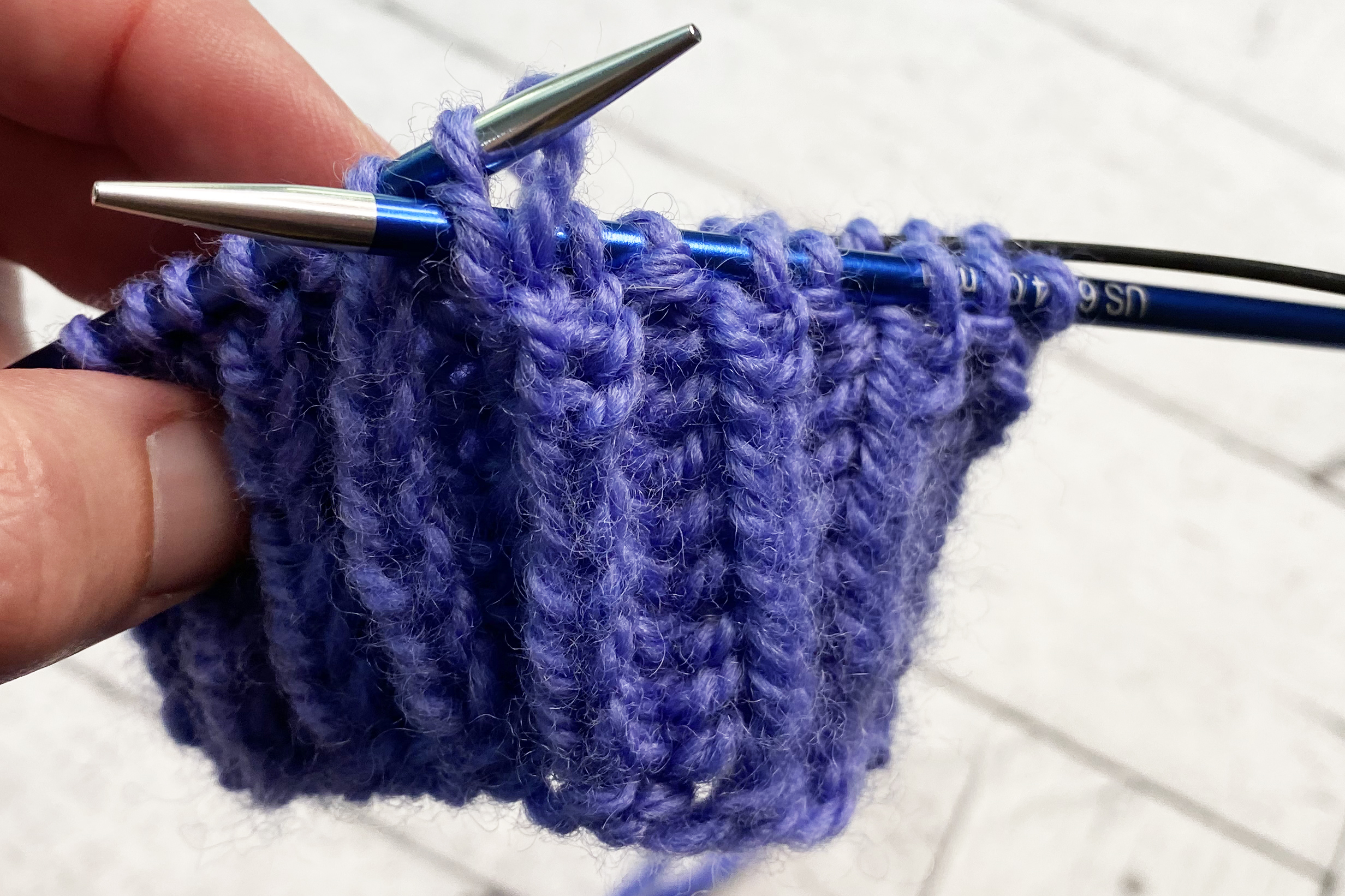 Once again, bind off in pattern loosely, this time working knit one, purl one (k1, p1) for the bind off round. Try using Fisherman’s Rib on your next project – you’re sure to love the look and feel of this beautiful stitch pattern.

GET NEW LESSONS & SPECIAL OFFERS
SIGN UP FOR THE FREE NEWSLETTER

Get everything included in Premium plus exclusive Gold Membership benefits.