Sign in to view full video or become a member now!
Duration: 12:55

Brioche knitting is a popular technique and one that is fun to knit. In this video, Mary Beth Temple demonstrates Brioche basics by knitting one-color Brioche in rows.

To start a Brioche project, it’s important that the cast on is very loose. Mary Beth suggests casting onto a knitting needle that is 3-4 sizes larger than what is called for in the pattern. Casting on using two needles held together is another method to achieve a loose cast on, and is the method demonstrated in the video. Once the stitches are cast on with the two needles held together, one needle is removed.

The basic Brioche stitch pattern creates a reversible, squishy fabric, that can be used for any project type. In the video, Mary Beth works the pattern over an even number of stitches to create her swatch:

Brk1 is a Brioche knit stitch. You may see it referred to as a Brioche Knit, Brioche 1, or a “bark.” The brk1 stitch is created by knitting the next stitch together with its paired yarn over.

Besides being reversible, another advantage to Brioche knitting is that an exceptionally clean edge is created along the sides of the fabric. Many stitch patterns tend to naturally curl, meaning they need extra edge stitches, such as garter stitch, to remain flat. Brioche knitting leaves the edge neat, making it easy to pick up stitches or seam together a project.

You Might Also Enjoy
GET NEW LESSONS & SPECIAL OFFERS

GET NEW LESSONS & SPECIAL OFFERS
SIGN UP FOR THE FREE NEWSLETTER

Get everything included in Premium plus exclusive Gold Membership benefits.

Purchase video and add to your personal library with on-demand video access. 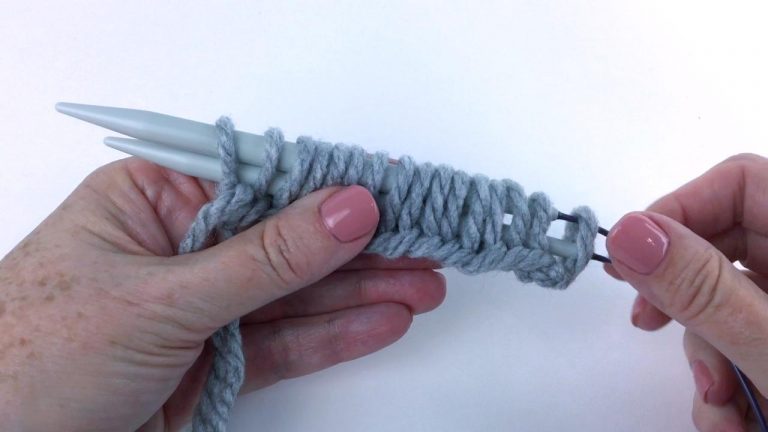